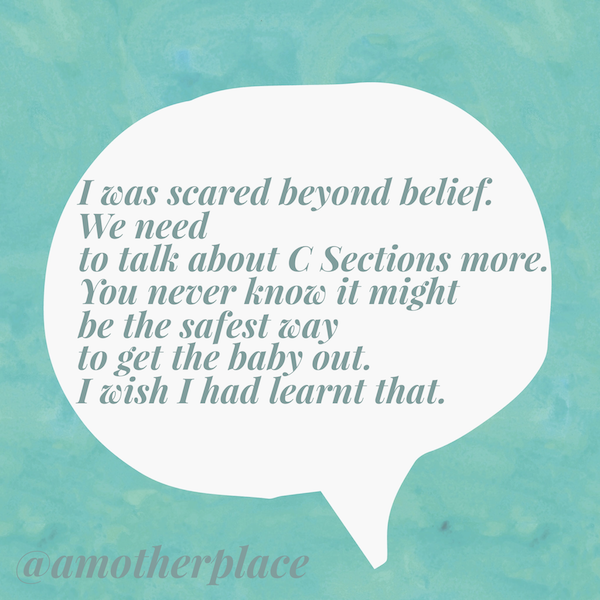 In the UK, currently more than 1 in 4 babies are delivered by caesarean section.  A majority of these are performed as emergency procedures rather than electively (before labour begins).  There are 4 grades or categories of Caesarean Section in this country.

Grade 1 – where conditions are life- threatening to the mother or baby for example in the case of cord prolapse, uterine rupture, separation of the placenta or acute and severe fetal distress.  In this case the caesarean will be done within half an hour. This is sometimes called a “Crash Section”, and is unusual and quite dramatic. It may sometimes need a General Anaesthetic.

Grade 2 –where there is a threat to the maternal or fetal condition. But not immediately life-threatening. The caesarean will normally be done within one hour.  Examples of reasons for a grade 2 section include; failure to progress in the first or second stage of labour, failed instrumental delivery, non-reassuring fetal heart abnormalities.  This is generally done with a Spinal or epidural anaesthetic.

Grade 3– this will usually be performed the same day, within the next couple of hours – for example with failure to progress when the baby is well, or where a caesarean is planned but the mother has gone into labour, or a previously undiagnosed breech baby.

Grade 4– usually Planned (Elective), generally performed at the convenience of parents ,staff and theatre,  and often done as a formal operating list.

The procedure does carry some potential extra risks for the mother and occasionally the baby and the decision to perform one is never taken lightly.  It can be a good idea to know as much as possible about the procedure before it happens so that you are prepared for it.  A caesarean can be a scary prospect especially for those who have never been under the surgeon’s knife before, so we will try and explain what you should expect.

Learn about what happens during a planned or Elective Caesarean Section.

Can I Request a Caesarean?

Guidelines relating to caesareans have changed recently meaning that essentially caesarean sections are available to all women.  However, this does not equate to free caesareans for all on the NHS.  It is about making sure that women give birth in a way that is most appropriate for them and their babies.   These new guidelines mean that women who are very anxious about the prospect of giving birth will have their fears taken seriously and may be given support from mental health professionals before the event.  They will need to discuss their situation with not only their midwife , but also an Obstetrician,  and after careful assessment they will be offered a caesarean if it is thought to be in the best interests of the mother and baby.

The operation is not without some extra risks to the mother and occasionally the baby.  The wound may not heal well or become infected or suffer form excessive early bruising.  There is also an increased blood loss because of the surgery and an increased chance of blood clots or thrombosis in the legs and chest.  Very occasionally there is damage to the bowel and bladder and even the baby may be cut in some rare cases.  Although the baby does not experience the full effects of labour and a vaginal delivery there is a slightly increased chance of breathing problems for the first few days of life, even if born at 39 weeks.

Want to chat to women who have had Caesarean Sections and see what they have to say about it? Come and join our Free Online Antenatal Classes and get access to our CLOSED Facebook page.

Having one caesarean section doesn’t necessarily mean you have to have all babies by caesarean. Many women go on to have a natural birth with the second or third child.  This is called VBAC –Vaginal Birth After Caesarean.  With the current c section rate of 25 percent it is inevitable that many women will have the opportunity of a vaginal birth after a previous  c section.  Approximately 75 percent of women who start off with this plan will be successful.  The success rate will depend on whether there have been any previous successful vaginal deliveries and will also vary according to the size and position of baby.  The 25 percent who are not successful may end up with a planned c section when they get to 41 weeks or an emergency c section because of a slow and complicated labour.

The key to success is to await spontaneous labour and not interfere.  This means that everything else has to be perfectly normal and the baby has to be in a good position and of an average size and not too big.   Labour should be carefully monitored with extra observations on the baby and mother and continuous fetal heart monitoring to pick up early problems.  Its best to avoid induction of labour as the use of strong drugs to stimulate contractions increases the chance of uterine rupture.  Chances of uterine rupture are approx 1 in 200 sometimes with devastating effects for both mother and baby.  Very often the rupture is a small one and not significant.

Although some units are encouraging VBAC, it is clear that any woman who is not keen to go down this route should be allowed to have a repeat c section after appropriate discussion with midwife or obstetrician.

Want to chat to women who have had Caesarean Sections and see what they have to say about it? Come and join our Free Online Antenatal Classes and get access to our CLOSED Facebook page.