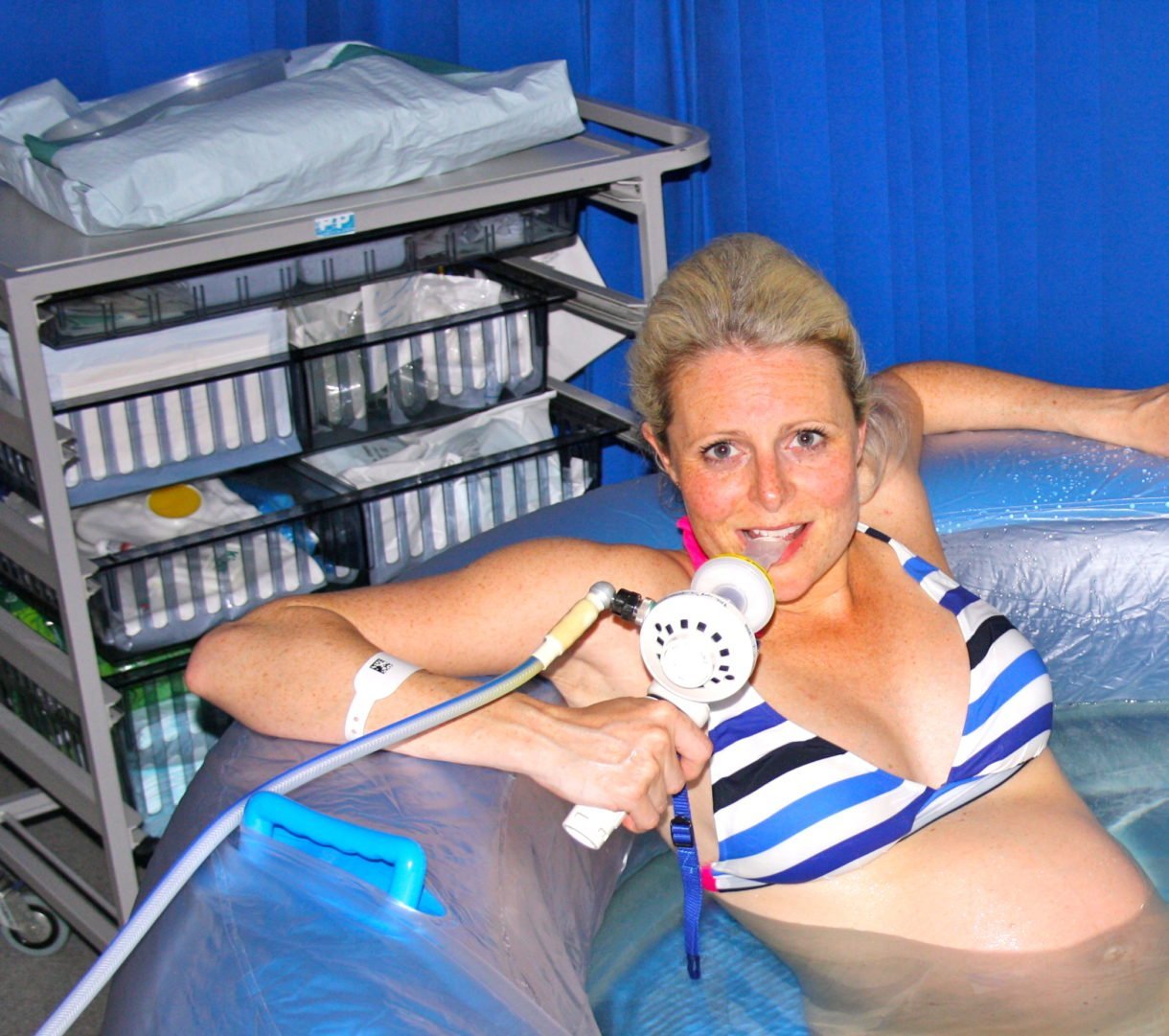 In the Birthing Pool

My latent labour started on the 14th of April at about 3am when I woke with mild contractions at home in bed.  I went back to sleep and woke intermittently for the next few hours until I got up.  I spent a relatively nice/strange/surreal/calm day at home with my husband just having what felt like bad period pains and Braxton Hicks together.  I ate and drank normally and had a 45 minute nap.  After lunch we strapped the TENS machine on and went for a 2 hour walk in the park, went to Sainsburys and was even approached in the street by a film crew asking me to talk to Camera about why I love living in Balham!  I told them I was in labour and they retreated pretty quickly!

The TENS machine was lovely, it felt really really nice and was a very welcome distraction. By about 3 or 4pm my contractions were becoming more painful and I had to breathe through them.  I was trying to remember to welcome each contraction (as my Antenatal teacher had taught me) but by about 7.30pm the pain suddenly ramped up and became unmanageable and I didn’t want to be at home anymore.  I got into Hospital at about 8.30pm and was already 5cm dilated!

I tried Gas and Air and I thought I was going to be sick and I felt really disorientated and panicked, but I then tried it out when I wasn’t having a contraction and I felt a lot more in control and quickly got used to it- I would recommend persevering if the first attempt isn’t positive, although I don’t know how much it actually did for the pain.

They ran the water bath, which took ages, and I got in about 20 minutes later- this felt amazing and although it didn’t do anything for the pain really, it does give you an amazing feeling of warmth and comfort and weightlessness. I basically then closed my eyes and held my husband’s hand and the gas and air in the other hand and concentrated on breathing. Time went very quickly but at about 11 30pm decided I couldn’t take the pain anymore – so I decided I wanted to be examined to see how far dilated I was, as I was about to beg for an epidural (I was secretly hoping she would say I was only 6cm…and then I would get an epidural and end the pain!!!) but I was 9cm and in transition… so I jumped back in the bath and pretty soon after I started pushing!

This bit was hard, and painful but I was so encouraged by the thought that it would only last an hour or so maximum! After about half an hour I pushed his head out- and a little hand (he was coming out in a Superman pose) – the midwife explained that with a water birth she would not touch him as he came out and I would just push him, so there was a strange few minutes where I could look down and see his head out, not breathing yet- but I had to wait for another contraction so I could push his body out.  However I felt very calm and so relieved that the end was near!! One last push and he came out all on his own and the midwife grabbed him and helped him swim up to the surface!! He cried straight away for a few seconds and then chilled out as soon as the midwife put him on my chest.  He was born at 10 minutes past midnight on the 15th April, one day early, weighing 6lb 6oz. My labour was recorded as being 4 hours as this was the time from when I came into hospital.

I had the injection for the Placenta delivery whilst still in the water- I got out of the water to deliver it, but as I stood up, it came out, so that was great. The injection made me contract for a few hours longer but they gave me some painkillers to deal with the pain of that.  As soon he was delivered I felt absolutely fine, my hideous indigestion had disappeared and I felt completely normal!
My son is absolutely amazing and worth every second of discomfort during pregnancy and labour, the memories of which have faded fast!

I don’t think I would have done anything differently.  I would have liked to have known more about Latent Labour as I was confused when people kept telling me I wasn’t in “proper labour”.

My advice to a first time mother would definitely be to have an open mind regarding pain relief and the way in which your baby will be born.  I am aware I had a very good and relatively quick labour but this is something that was down to luck and perhaps genetics rather than anything else.  I would also say DON’T FORGET TO BREATHE! It sounds so obvious, but I kept forgetting to breathe and my husband had to remind me!  I had made him read lots about labour and breathing and how he could help me, and this was a great help when the pain was unbearable.

For more information on Pain Relief

To read about my experience breastfeeding please look here