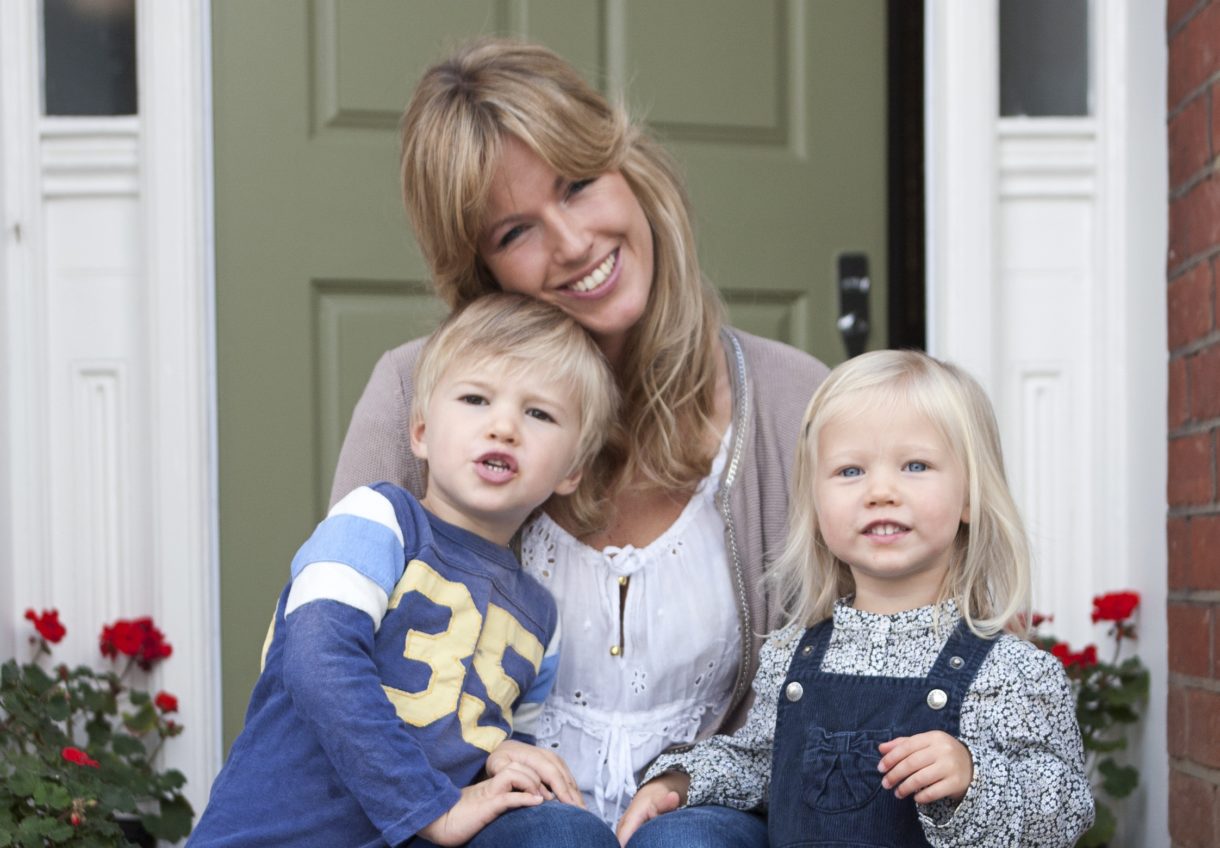 Interview with Marina Fogle, co-founder of The Bump Class and wife of Ben Fogle

What was your favourite part of being pregnant?

Feeling the kicks starting – I was obsessed with those little flutters and remember spending a day literally lying on the sofa desperately trying to feel the kicks with my hands so that I could alert Ben.

What was the worst bit about being pregnant?

I had a miscarriage before I had Ludo and first time around I focussed a lot on the negatives of being pregnant but by the time I was pregnant again, I realised what a miracle it was and was just so excited about all the signs, good and bad, that I didn’t really complain too much.  My husband might tell you a different story though…. Generally though I missed my waist – definitely my best part and the part of my body I dress for the most so as my waist thickened I found it impossible to dress.

Did you develop any strange cravings or strong aversions to anything?

Not really foodwise but I did become incredibly car sick. Unless I was driving, I would always feel awful. I used to get terribly car sit as a child and I guess all those are exacerbated by pregnancy.

Did you find out the sex of your baby before the birth? If so, why?

No, not for either baby.  I guess I’m a bit of a traditionalist at heart and my mother was dead against finding out.  I guess her views influenced mine…I’d love to say subconsciously I knew but I also had a 50% chance of being right.

Would you say that you got the birth that you wanted? If not, why?

I didn’t really get fixated on the kind of birth I wanted.  I’d envisaged having a water birth but in the end I had an emergency caesarean but I certainly never thought of that as not getting what I wanted.  What I really wanted was a baby and for us both to be happy and healthy which is what I did get.  So I guess, yes, I did get the birth I wanted.

What are your overriding feelings about the birth?

I regard it as a bit of an adventure.  Even though it wasn’t what I imagined, the hospital staff were brilliant – reassuring, communicative and supportive, the whole way through and for that I’m really grateful.  I have a picture of the moment I first held Ludo with Chiara and Ben in scrubs beside me.  I was in an operating theatre being stitched up with machines, bright lights and lots of beeping but for me that was my amazing moment.  Just because the lights weren’t dimmed and I wasn’t in a birthing pool with whale music playing doesn’t mean that moment was any less special.  Hand on heart, I have really fond memories of that day.

Did anything shock or surprise you about pregnancy, birth or after?

Is there something you wish that someone had told you?  I had been told not to obsess too much about the birth as the hard bit is being a mother which is entirely true.  I remember being desperate for Ludo to be born and when it came to Iona was I haggling with my obstetrician to keep her in as long as possible because I knew the easy bit was when she was inside me.

How much weight did you gain and did you find it easy to lose?

I put on about 20kg with Ludo and I think even more with Iona.  Considering they each weighed about 3kg that was quite significant weight gain.  The first bits went easily but my body held on to a fair amount while I was breastfeeding.  I needed to do a detox once I’d stopped – juice for 5 days – made me feel great and I finally fitted into my skinny jeans again.  If I had another child, I would be determined not to put on as much weight as I did with the older two.

Did you exercise during your pregnancy?

Not apart from walking my dogs and the odd bit of yoga.  With my second pregnancy I was running around after a toddler and moving house so I was quite energetic but I wish I’d really focussed on strengthening my core in preparation of the physical toils having two small children has on you.  As a mother it’s so easy to put your needs below those of your children but I’ve learnt that having a strong, healthy and happy mother is paramount to their wellbeing.

Has your body changed in ways that you dislike?

If so, do you want to do anything about this?  The obvious!  My boobs are no longer what they were and my waist isn’t as small.  I’m sure if I wasn’t constantly being tempted with my children’s leftovers my waist would be smaller….

Did you attend any antenatal classes and what were your thoughts on them?

I did Christine Hill’s fabulous antenatal classes.  I was really reluctant to do any but a friend convinced me to and it was undoubtedly the best thing I did in my pregnancy.  I started to get really excited about becoming a mother and was surrounded by other girls similar to me who were all having babies at the same time,  They’re still good friends.

What one piece of advice would you pass on to a pregnant friend?

Do a really good antenatal class.  Don’t do one just because you think you will meet locals.  If you are paying money the antenatal class should give you sound, professional and impartial information but it should also respect your decisions.  The girls who do the Bump Class are intelligent enough to make their own decisions about their birth.  It’s our job to give them accurate information and then to support them in that decision.  I would never judge a girl regardless of her decision.  Pregnant women are really vulnerable and there is a plethora of crazy advice on the internet.  Find someone you trust and whose advice is sound.  It will make all the difference to your birth and the first few months as a mother.

Do you have any fashion or beauty tips to share with other pregnant women?

Dressing a bump can be challenging.  Although there is much more available for pregnant women now, it can still be depressing.  Don’t stop indulging yourself just because you’re pregnant.  I remember Ben bought me the most beautiful Temperley cardigan which was a real statement while I was pregnant and I still wear now.  It’s possible to be creative and dress in some non-pregnancy clothes that work with your bump.  And spoil yourself – you deserve it!